Bavarian State Opera: Performances at the National Theater in Munich The Bavarian State Opera at a glance

The Bavarian State Orchestra is one of the oldest orchestras in Germany, whose origins can be traced back to 1523.

It is the only orchestra in Munich that performs in opera and concert. As guest conductors, the Bavarian State Orchestra has been able to welcome all the renowned representatives of the international elite.

The History of the Bavarian State Opera

The Bavarian State Opera can look back on a long history:
In the 17th century, Elector Ferdinand Maria (who also had Nymphenburg Palace and the Theatinerkirche built) erected a hall theater in the Herkulessaal of the Residenz, where the first Italian opera productions were staged in front of the court company.

In 1818, the opera ensemble was given a new home in the newly built National Theater on Max-Joseph-Platz, still the largest opera house in Germany today.

The reign of the art-loving Bavarian king Ludwig II. (1864-86) is closely associated with the name of Richard Wagner. The festival began under the general director Karl von Perfall (1867-93). He organized a festival summer for the first time in 1875 with operas by Mozart and music dramas by Wagner.

In time, the idea of a festival also pushed for a festival hall of its own. Thus, around the turn of the century, the Prinzregententheater was built within a year's time, born of the citizens' desire and promoted by the arts-minded Prince Regent Luitpold.

The list of important conductors at the helm of the Bavarian State Orchestra, which can trace its tradition back to 1523, is legendary: Bruno Walter, Hans Knappertsbusch, Clemens Krauss, Georg Solti, Ferenc Fricsay, Joseph Keilberth, Wolfgang Sawallisch up to Zubin Mehta in our days, who was succeeded by Kent Nagano in 2006. Carlos Kleiber was as closely associated with the Bavarian State Opera as with any other house. 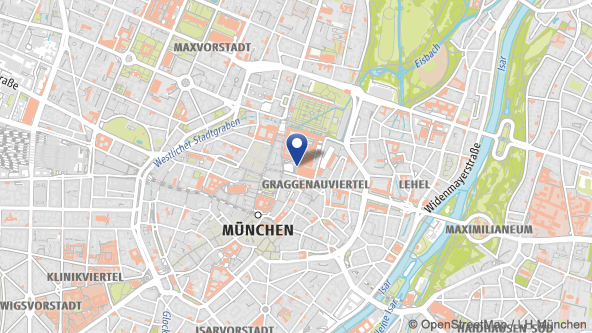