Ludwig-Maximilians-Universität: Not only interesting for students

Ludwig-Maximilians-Universität is not only one of the largest universities in Germany, but also one of the most beautiful: All information about the traditional university. Facts about the LMU

Although it is a traditional institution in Munich, LMU was actually founded in the city of Ingolstadt in 1472. In 1800, Elector Max IV Joseph moved the university to Landshut. In 1826, King Ludwig I brought the university to Munich in one of his first official acts.

The present main building of the university, designed by Friedrich von Gärtner, has been home to university activities since 1840.

Since 1997, a memorial in the atrium of the main building has also commemorated the resistance fighters of the "White Rose".

Students study not only in the magnificent main building

50,000 students study at the 18 faculties of the Ludwig Maximilian University in around 150 different courses. In terms of numbers, this makes Munich's LMU one of the five largest universities in Germany.

However, the majority of the faculties are not housed in the magnificent main building, but in adjoining buildings in the university district of Maxvorstadt along Schellingstraße or Theresienstraße - or outsourced to Munich's Großhadern district and even to the city of Oberschleißheim, a few miles to the north of Munich.

The main building mainly houses large lecture halls for lectures that are particularly popular with the public, as well as the large auditorium (Große Aula), which is used for festive occasions such as concerts and award ceremonies. 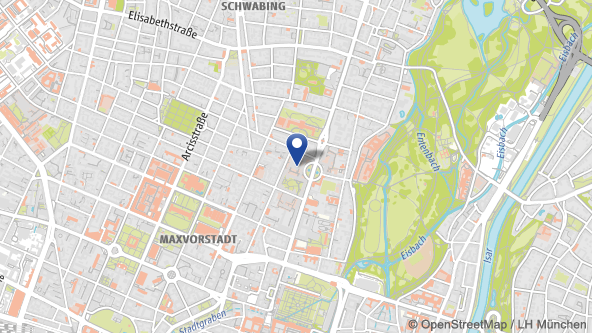