The perfect day trip from Munich to Neuschwanstein Castle

Neuschwanstein castle, built by King Ludwig II, even served as a model for the famous Disneyland castle. But there are many more reasons for a visit. Neuschwanstein at a glance

Architecture: From a knight's castle to a Disney castle

Neuschwanstein castle stands on a craggy rock 200 meters above the valley. It was styled like the monumental Romanesque knight's castle, with the swan as a recurring symbol of the decor.

As a reclusive dreamer, King Ludwig II built the castle just for himself. No stranger was ever to enter his imaginative counterworld.

Today, visitors have the opportunity to marvel at splendidly furnished living and representation rooms. Among the highlights:

Visits to the palace chambers are only possible as part of a guided tour. Tickets can be purchased either online or at the Ticket Center in Hohenschwangau. The tickets must therefore be purchased before going up to the castle.

Neuschwanstein is always worth a visit, and you can admire the castle from the outside as well. Great photos are possible, for example, from the Marienbrücke. There's a signpost at the footpath.

Around the castle grounds, visitors can also:

The builder: Info about the fairy tale king Ludwig II

King Ludwig II ruled Bavaria from 1864 until his death in 1886. He ascended the throne at the age of just 18 without any political experience. His main interest was in the arts, especially the composer Richard Wagner.

Ludwig had built his castles Herrenchiemsee, Linderhof and Neuschwanstein for his private use, in order to be able to retreat into his dream worlds far from any public view.

The king's sprawling building projects put a strain on his fortune. He was repeatedly forced to take out loans. Because of his indebtedness, the Bavarian government decided in 1886 to depose the king by means of a declaration of incapacity. Legends and myths still surround his death in Lake Starnberg.

How to get to Neuschwanstein castle from Munich

Once you arrive in Hohenschwangau, you can take a horse-drawn carriage ride up to the royal castle. A bus also regularly takes visitors to Neuschwanstein. Those who prefer a leisurely walk will walk for about 30 to 40 minutes. 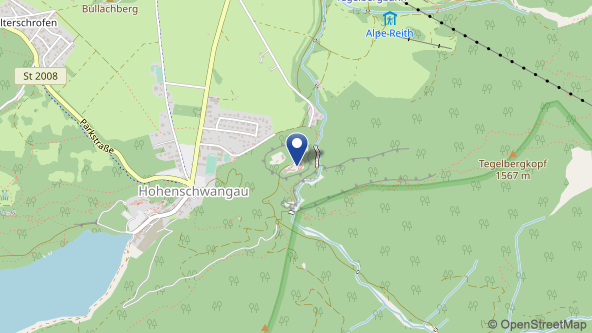