Both onion-shaped domes of the Gothic cathedral and city parish church known as the Frauenkirche (full name: “Dom zu Unser Lieben Frau” or “Cathedral of Our Dear Lady”) are an unmistakable symbol of the city of Munich.

It is located in Munich’s Old Town, not far from the centrally located Marienplatz. Construction on the cathedral began in 1468 under Prize Sigismund, who commissioned Jörg von Halsbach with its construction. In World War II, the Frauenkirche was very heavily damaged by air strikes, but was later rebuilt and renovated in several construction phases. The south tower of the cathedral can be climbed and offers a unique, wide view across the rooftops of Munich and on to the Alps. In the entrance of this imposing late-Gothic interior you encounter among other things the legendary devil’s footprint in the floor of the church. Also worthy of note is the tomb of the princes in the space under the chancel. The oldest resting place in Munich for the Wittelsbachs is also the grave of Holy Roman Emperor Ludwig the Bavarian (1282 - 1347). 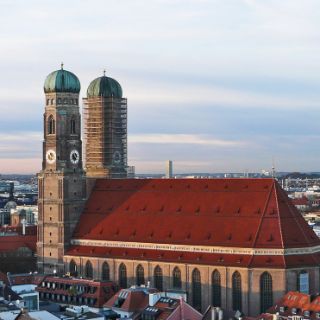 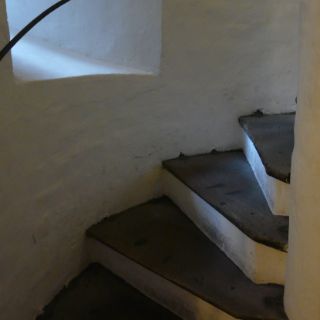 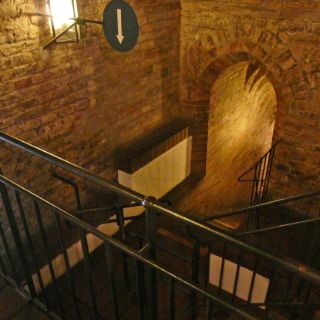 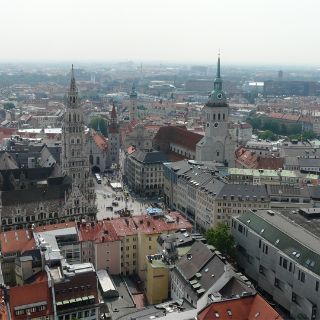 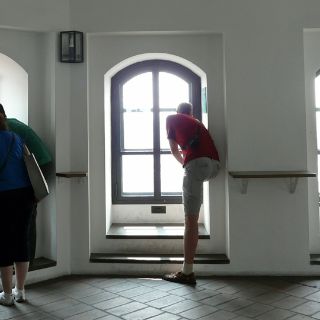 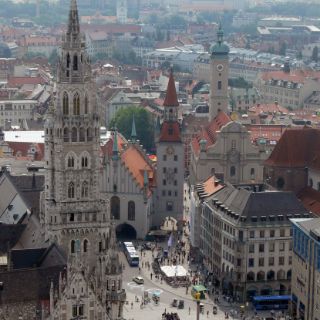 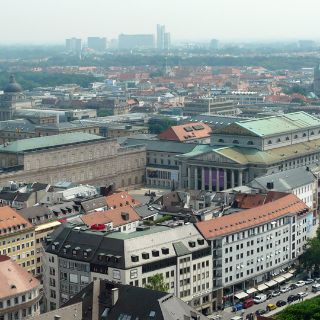 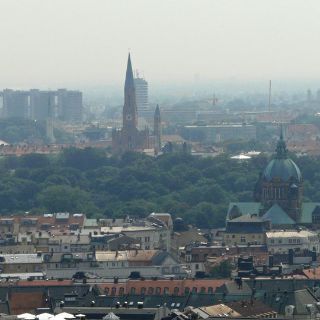 The towers of the Frauenkirche: the city's landmark

The towers of the Frauenkirche are today, the landmark of the city of Munich. However, their characteristic "catfish hoods" were not put on them until 36 years after the church was completed.

The legend of the devil's footprint

According to legend, the famous footprint in the entrance hall was made by the devil himself. He had a bet with the master builder for his soul, that there would be no window in the church. In the aforementioned place, he could not see any windows at first, as they were covered by the columns. Out of joy at the supposed ignorance of the people, he stamped up and left his footprint in the ground.

But when the devil took another step forward, he discovered the windows and felt that he has been deceived. Angrily, he turned into wind in order to destroy the building. He is probably still trying, because near the cathedral or at the entrance, you can feel a slight breeze.

Video: A tour of the Frauenkirche in Munich

Best activities to do in Munich all year round

Take a stroll through the shops around the city

Our overview of Munich's most important places