The Hofbräuhaus am Platzl - All info about the Munich original

When in Munich, visiting the Hofbräuhaus should be a must. What makes the most famous pub in the world so special and what is on offer there? Stay tuned and find out more! Hofbräuhaus: The most important information about the Munich original

There is always a good atmosphere in the large beer hall of the Hofbräuhaus:
Over a hundred years ago, the vaulted hall known as the Schwemme still housed brewing equipment. Today, Munich residents meet visitors there. Half of the daily guests are regulars.

On the upper floor of the Hofbäuhaus, lovingly furnished beer taverns await another 2,500 or so visitors. The quaint little rooms such as the Munich Room or the Bräustüberl have also attracted celebrities over the past decades: Mozart, Sisi or Josephine Baker had wanted to enjoy the magical atmosphere of the old inn.

A visit to the beer garden is a welcome chance to strike up a conversation with others, because this is where you meet young or old, Munich resident or traveler.

Visitors sit under shady chestnut trees surrounded by historic walls in the Hofbräuhaus beer garden. Here, too, the waiters and waitresses serve Bavarian food and beer

The song about the Hofbräuhaus

The Hofbräuhaus is so famous that a hit song in German was composed about it: „In München steht ein Hofbräuhaus... oans, zwoa, g'suffa" - loosely translated as: "There is a Hofbräuhaus in Munich... one, two, cheers!" The Song has become a firm custom and the epitome of Munich festival life. The lyrics are by Siegfried Richter, the melody by his friend Wilhelm "Wiga" Gabriel.

The song is also sung at the Hofbräuhaus, of course: music from ever-changing brass bands, true-to-the-original Bavarian folk dances and colorful traditional costumes are part of the fixed entertainment program of the Munich Hofbräu experience.

The history of the Hofbräuhaus

Munich once imported beer from other German regions like Saxony and Kassel: Until the 16th century, the Wittelsbach court was supplied with imported beer. In 1589, Duke Wilhelm V decided to build his own brewery. The noble family and the court servants were to be supplied with it.

Initially, the new brewery was located in a smaller building. As the demand for beer grew, the brewery moved to a larger building at its present location, the so-called Platzl, in 1608. All Munich innkeepers were soon serving Hofbräu beer:
It was not until 1828, when Ludwig I made the pub open to all, that the public was allowed into the Hofbräuhaus.

In 1896, the brewery moved from the Platzl to Innere Wiener Strasse in Haidhausen, where the Hofbräukeller with beer garden on Wiener Platz still stands today. During the Second World War, the building was largely destroyed, but reconstructed until 1958.

The Hofbräuhaus am Platzl 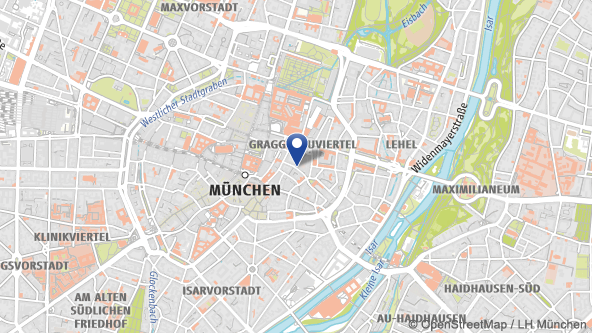